Who Are The Hitmen?

Giving marching drums a contemporary twist, The Hitmen mix high energy performance and funky grooves with the precision, power and spectacle of a marching drum line featuring some of the best pro drummers and performers in the business. Audiences of all kinds are fired up by their performances at sports events, corporate events, product launches, private parties, nightclubs, and more.

Operated by master drummers Topher Stott and Ian Borak, they bring decades of drumming, live performance, Drum Corps and event experience to The Hitmen. Using a unique, streamlined system to manage personnel, equipment, and musical content, The Hitmen can provide drumline performances in sizes ranging from 2 to 40 drummers customized for any event, brand, or theme to events anywhere in North America. They can even provide custom one-of-a-kind artwork, branding and LED lighting to their drums and uniforms to match corporate logos, product designs, and colour schemes of each client.

Looking for a way to make your next event memorable, energetic, and engaging? Do you want to create exciting photo, video and social media opportunities through unique events and experiences? Call on the beat of a different drum line, The Hitmen Entertainment Drumline! 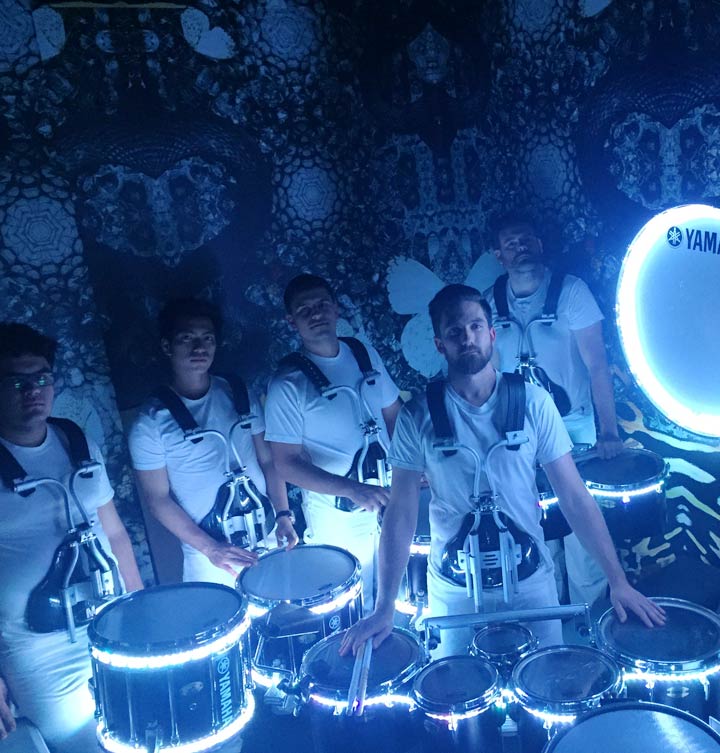 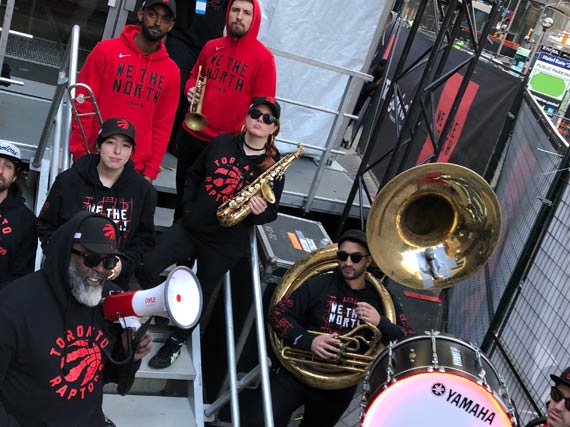 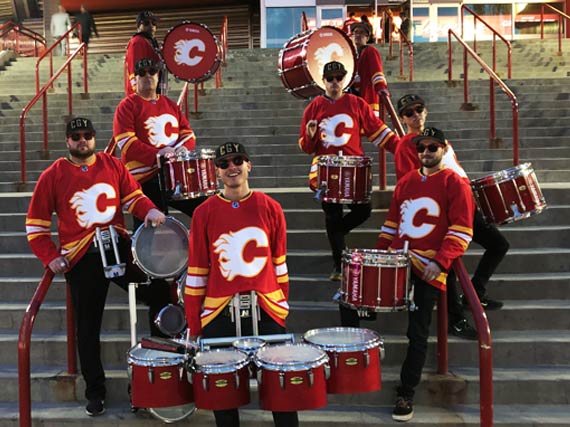 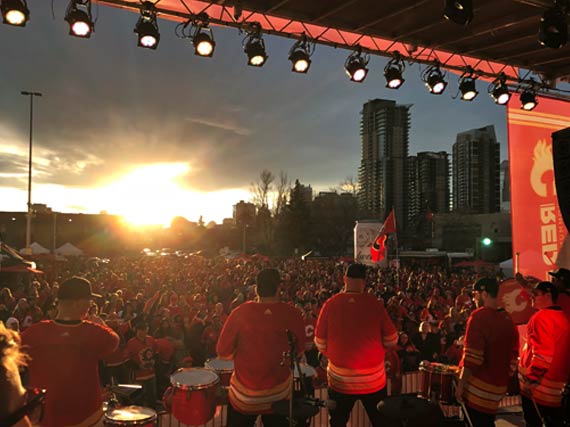 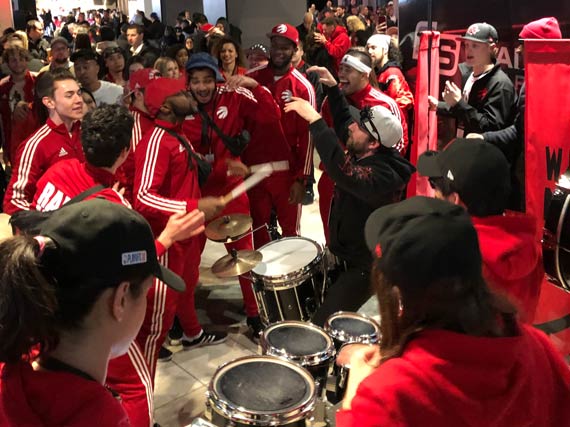 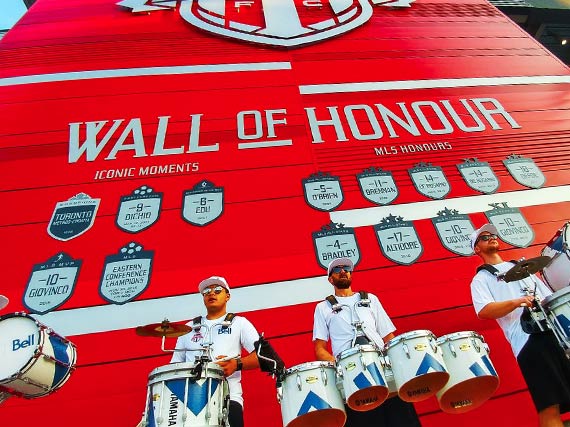 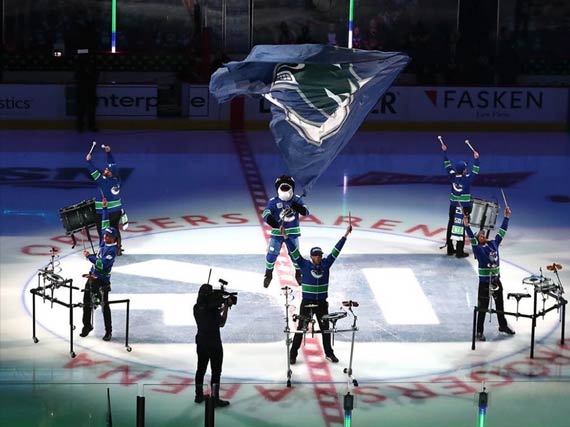 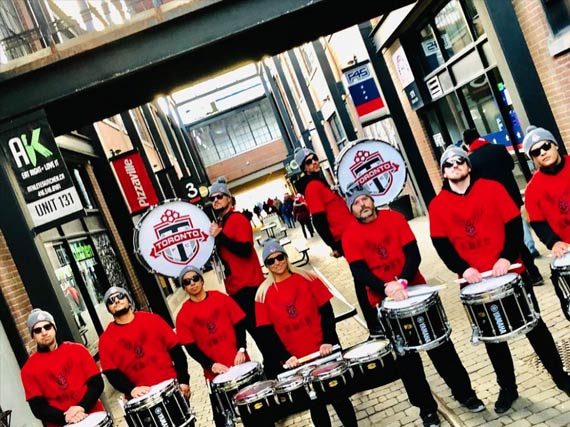 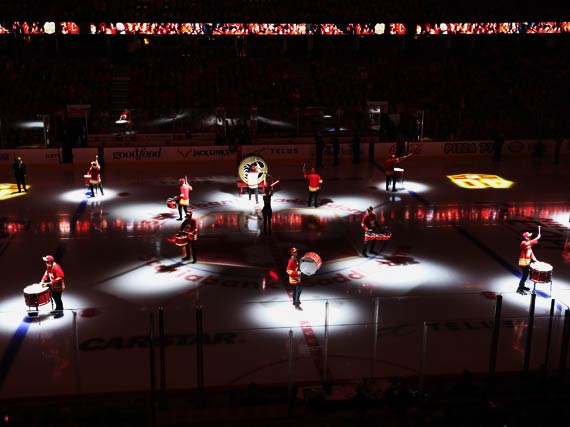 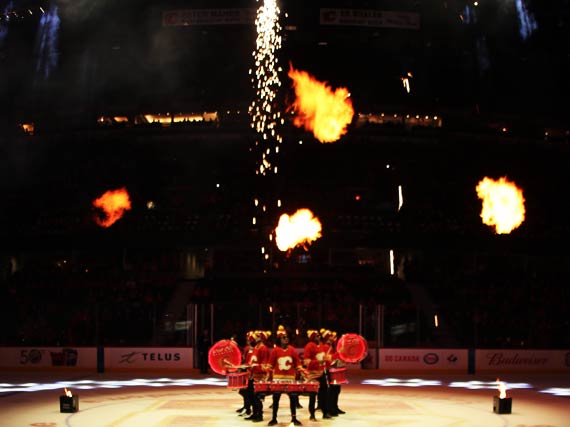 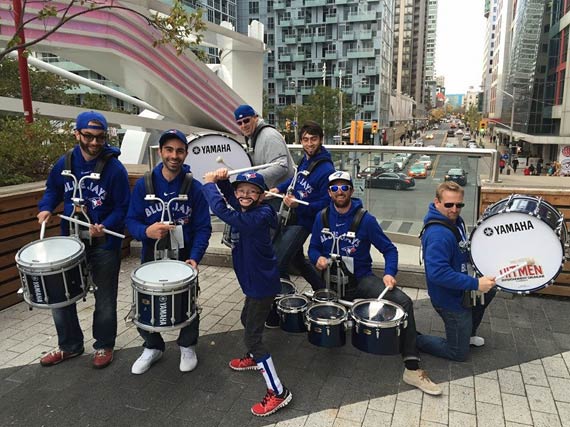 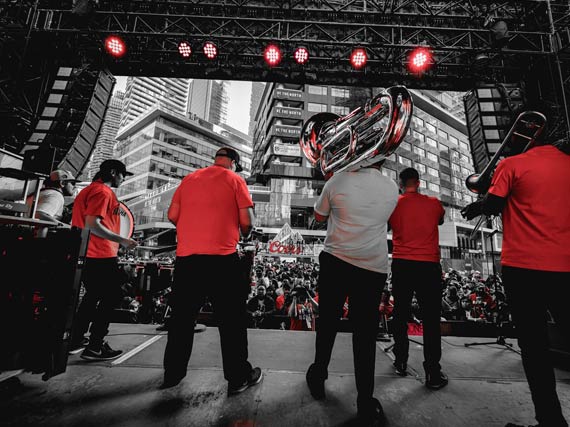 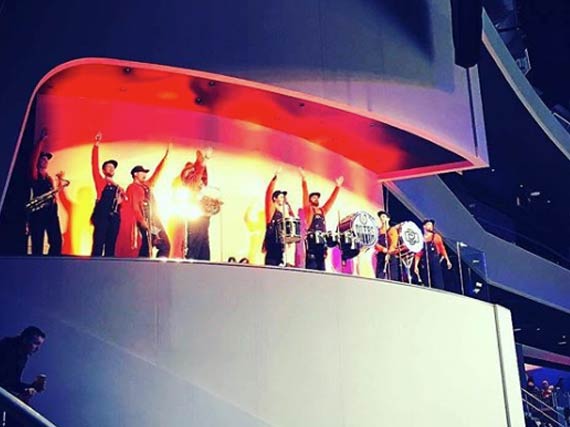 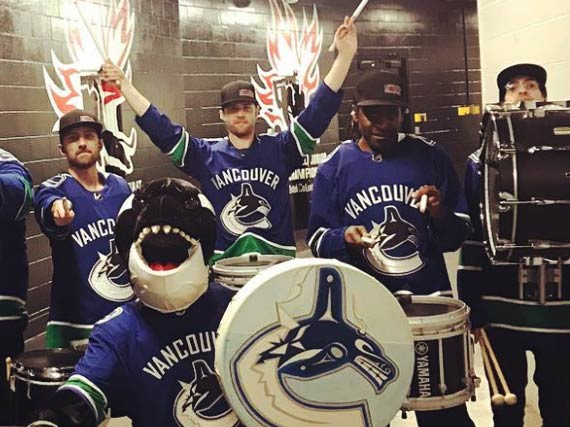 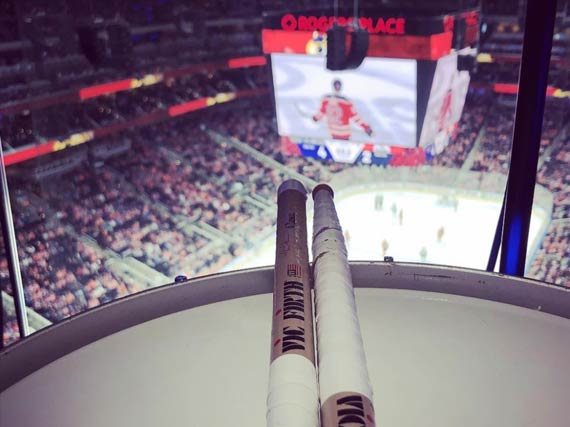 The connection between sports and drum line is fundamental, and since their inception, The Hitmen have sought to foster relationships with teams and organizations in both amateur and professional sport. The Hitmen specialize in engagement with fans, including game-day engagement and community booster events where they not only deliver high-energy and attention-getting performances, but also interact directly with fans via photo and video opportunities, dancing, and even letting fans of all ages take a turn in the drumline!

The Hitmen’s presence at a sports event has proven to attract increased attention from broadcast and social media, often led by the fans themselves. The Hitmen have performed for the Toronto Raptors, The San Diego Padres, The Toronto Football Club, The Vancouver Canucks,  Toronto Blue Jays, The Edmonton Oilers, Ottawa Redblacks, The Calgary Flames, The Ottawa Senators,  The Edmonton Football Team, The Ottawa Fury, The Ottawa 67s, The Vancouver Warriors, Special Olympics Canada, and Team Canada to name a few.

The Hitmen Entertainment Drumline are not only musicians of the highest professional caliber, they are also backed by co-founder Topher Stott’s extensive experience in corporate promotional and team-building events. A performance by The Hitmen will elevate any event, creating performances and experiences for sheer entertainment value, to showcase your brand and message, or a customized combination of both!

These features are just the beginning of the possibilities of partnering your company with The Hitmen:
– Customized original music composed for your event and your brand.
Drums and performance uniforms customized with your logo, colour-scheme, and message.
– Live collaborations with performers such as hip hop dancers, rappers and DJs.
– Unique technology LED lighting that can be affixed to the drums to create dazzling, colour-changing displays in sync with the drum rhythms.

Types of performances include a stage show to open or close an event, extended interactive audience-participation performances, and the very popular “roving” drum line, where The Hitmen move about your venue and your audience, launching into impromptu performances.

The Hitmen are all about entertainment, don’t plan your next event without them!

How do you make a lasting impression through a party, nightclub, or other exclusive event? Live music from The Hitmen will not only energize any event, but ensure that it was memorable to your guests.

Celebrations, themed parties, and product launch events are all transformed and made truly unique by The Hitmen Entertainment Drum line.

Contact The Hitmen today for fresh and creative ideas for your next event such as:
– “Red carpet” performance welcoming guests.
– A stage show incorporating original music composed for your event.
– Customized instruments and uniforms with your logo and colour scheme.
– Collaborations with DJs, rappers, dancers, sports and entertainment personalities.
– Drums lit up with programmable LED lighting for spectacular visual effects.

The Hitmen are professional musicians, with experience in all genres of music. They know how to perform in all conditions and engage audiences of all kinds, delivering an amazing show. 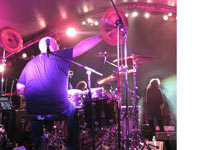 As an event producer, Topher has worked for brands such as Google, In-N-Out Burger, Canada 150, Boston Medical, The Junos, Youtube Music, Harley-Davidson, Cineplex, Microsoft, and the Ontario Science Centre to name a few. 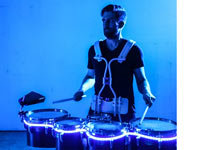 Ian is a two-time DCI top 8 finalist with the Madison Scouts and has studied marching percussion with Colin McNutt, Lee Beddis, James Sparling and Ian Hale. He currently works with youth drumlines throughout Ontario and serves as an adjudicator with the Canadian Drumline Association.

What can we say?  The camera loves us!
The Hitmen Drumline have received an amazing amount of media attention since our start.  The Hitmen attract attention.

The Hitmen Are Proud Endorsers Of

We pride ourselves on our customer service.  We look forward to speaking with you about your event needs!  Light up your event with music with the Hitmen Entertainment Drumline!

We will be in touch to respond to your request.