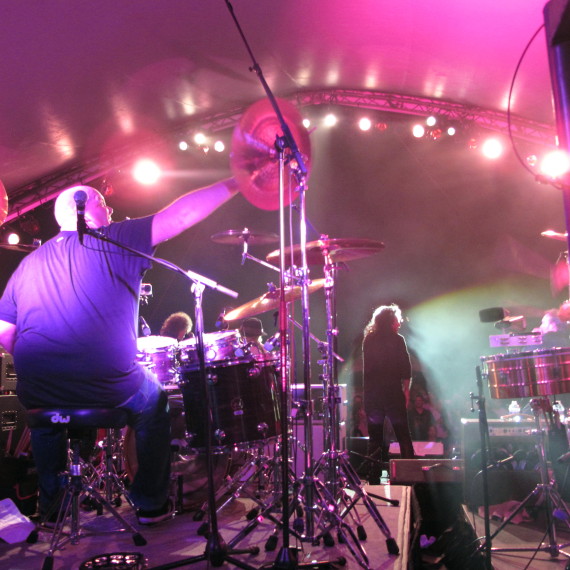 This is what guides Toronto-based drummer/percussionist/producer Topher Stott in his multi-faceted career.

As a composer and producer, Topher’s band “The Saints Of Cinema” is his playground for writing, playing and producing unique, genre-stretching music that is rooted in the rhythm section of Topher and bassist Ian de Souza. Topher calls “The Saints…” a “deep ambient groove project”.

Topher holds a Honours BFA-Music from York University (Toronto), where he focused on improvisation with Casey Sokol and David Mott, jazz with Don Thompson and Carnatic music with Trichy Sankaran. In 2005, Topher returned to York’s Music program as a professor, specializing in Contemporary Improvisation.

While Topher is both a seasoned touring drummer and session player/producer, his love for playing live means you can often find him hitting club dates at home in Toronto. He leads two bands; the classic rock trio “Kings Of The Midway” featuring Michael Zwieg and Jeff Jones and his modern rock project “BIGFooT” featuring guitarist/vocalist Clifton Broadbridge and Big Wreck’s Dave MacMillan.

In 2007, Topher was one of the co-founders of the League Of Rock, a music league for adult non-pro musicians.